Meet Atlanta foot fetish model “Jasmin Jai” who absolutely LOVES to have her feet & toes worshipped whenever humanly possible! She loves a good foot rub, her toes to be sucked on and her heels to be gnawed on like the savage you know you are. Once you do a foot fetish photo shoot or foot fetish session in-person with Jasmin you will come back for more! 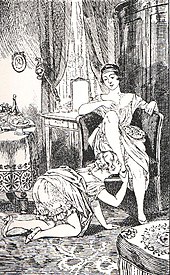 Foot fetishism, also known as foot partialism or podophilia, is a pronounced sexual interest in feet. It is the most common form of sexual fetishism for otherwise non-sexual objects or body parts.

Extensions of this fetish include shoes, socks, olfactophilia (odor fetishism) and tickling. Sigmund Freud also considered foot binding as a form of fetishism, although this view was disputed.

Odor fetishism (pertaining to the smell of feet) seems to play a major role in foot fetishism, and is closely related to it: in a 1994 study, 45% of those with a foot fetish were found to be aroused by smelly socks or feet, making it one of the most widespread forms of olfactophilia.

In extreme cases, an individual with a pronounced sexual interest in feet could possibly be diagnosed with fetishism disorder (characterized by the eroticization of non-living objects and body parts) if they are in adherence with the following symptoms:

Foot sessions take up a good portion of my booked time so these are the things I will need in order for you to book a foot session, a foot photo shoot or foot domination session with me or any foot models in Atlanta working under JJ Custom Moments. Anyone looking to book my sexy feet in Atlanta will require model references with the model’s contact information to follow up with. New foot session clients may be required to put down a $50 to $100 deposit before meeting in-person. These feet are in high demand and so is my time so this is to weed out those who are or are not serious in meeting me and my sexy feet in Atlanta. I know you are now probably asking yourself what all is included in this foot session in Atlanta, right?!

I am comfortable and enjoy these foot sessions the most but am not limited to: